Brussels, June 20th, 2005 -- The Legal Affairs Committee today voted on amendments to the Rocard report on the software patents directive and approved a number of amendments. A few of these have a little symbolic value, such as definition of "technology" as "the use of controllable forces of nature to achieve predictable results" and a more reasonable definition of "technical contribution". However, the result overall leaves the key loopholes of the Council's text wide open. The directive will now be voted on by the full Parliament in two weeks.

Update: the original version of this report contained several errors regarding the position of Piia-Noora Kauppi MEP. We apologise for the wrong conclusions we reached based on incomplete and third party information.

A last minute attempt by Klaus-Heiner Lehne MEP (Legal Affairs coordinator in the EPP) to move the vote to Tuesday (a day on which more of Lehne's troups could be mobilised and the rapporteur Michel Rocard wouldn't be there) failed. The situation was quite hectic, with more !MEPs than were allowed to vote present (requiring group coordinators to appoint which !MEPs could vote).

The room was completely filled with big industry lobbyists and representatives from large companies. The voting itself was quite chaotic. The JURI Committee consists of 11 EPP, 6 PSE, 3 ALDE, 2 Green, 1 GUE/NGL, 1 UEN, 1 IND/DEM and 1 non-attached !MEPs. Lehne had tried to force the EPP !MEPs on his line, but Piia-Noora Kauppi, shadow rapporteur for the EPP on this directive, managed to obtain free votes on most important articles. Unfortunately, only she and Barbara Kudrycka MEP followed the Rocard line in those cases, the 9 other EPP !MEPs consistently followed Lehne, but it is still unclear how the 9 Lehne-followers plus the 3 ALDE MEPs voting (Manders, Wallis, and an Hungarian woman) which count 12 together were enough to counter all the others voting against them. Unfortunately there were no electronic voting machines and apparently roll-call votes were not possible or not requested.

ALDE was lead on a surprising hardcore software patents line by Diana Wallis, against her own party line. The three ALDE !MEPs consistently supported Lehne. Equally surprisingly, the previously moderate Francesco Enrico Speroni from Ligua Lombardia also followed Lehne line. The others (PSE, Greens, GUE/NGL, UEN, Kauppi and Kudrycka) therefore stood little chance of getting anything they wanted approved. Many amendments were rejected with 12 vs 13 or 13 vs 13 (9 EPP, 3 ALDE + Speroni against, the rest in favour with sometimes an abstention -- an amendment needs a majority in favour to be approved).

One moderate signal against software patents that was adopted: an amendment that equates "technical" with "the use of controllable forces of nature". The new definition for "technical contribution" is a step in the right direction, but contains a serious error in that it defines as everything which is new compared to the state of the art by definition as "technical". The worst Council articles, 4.1+4.2 and 5.2, were not changed in any way (see below for details on how this happened).

Jonas Maebe, Member of the board, comments:

"Formally, nothing is lost. All amendments rejected in JURI can be tabled again for plenary (or different amendments), and those adopted now still have to be adopted again in plenary as well. In practice, this is a slap in the face of millions of European SMEs, consumers and hundreds of thousands of European citizens. If we do not want lobby firms hired by big industry players to dictate !MEPs how they have to vote, action must be taken now.

We won with facts last time, and only with support from new facts we can win again. Contact your !MEPs, tell them how software patents would affect you, your job, your company, and help us in stopping this attempt at codifying software patents in Europe!"

Full list: pdf | doc (note that this is not the consolidated text, Council articles which were not amended are not shown here)

The title of the directive has not been changed. This means that the term "computer-implemented invention" remains in use everywhere in the directive, even if individual amendments used other terms.

Amendment 48 was adopted, which changes this article into

This Directive lays down rules concerning the patentability of computer-implemented inventions.

Compromise amendment 3 of Rocard was approved, but with a split vote. The part "in the sense of patent law" was left out, resulting in:

A reasonable compromise amendment from Kauppi was adopted (although it contains one occurrence of "technical" too much, making every difference between the state of the art and the patent claim technical by definition):

Definition of "field of technology"

Rocard's compromise amendment 5 was adopted after all, and not the alternative "A field of technology is a field of applied natural science". The reason is that Rocard did not accept that oral compromise amendment put forward by Kauppi. Many proponents of unlimited patentability had been lobbying for defining this as "applied exact science", as that would also include mathematics, business methods etc. This amendment makes sure that we can exclude software patents without running afoul of !TRIPs (but the other approved articles do not do that).

One problem with the approved amendment is that it defines technology by the "application domain", as opposed to the field in which knowledge is gained.

Together with the outcome of the previous amendment, this provides for a good definition of "technical"

This article was replaced by an oral compromise amendment from Kauppi:

This is both better and worse than the Council version. It is better, because it removes the "technical contribution in the inventive step" EPO-nonsense. Nevertheless, the second part of the amendment results in going even further than the current EPO position, by establishing that a novel business method + trivially obvious technical implementation fulfills the inventive step.

A new article 3.1 was approved as well (but has nothing to do with conditions for patentability):

This is an uncontroversial article which repeats a general principle of patent law.

This paragraph was not amended, so the (bad) Council version stays:

Kauppi wanted to table an oral compromise amendment here, but this was rejected by the rapporteur.

This paragraph was not amended either. This is a very big problem, because together with the previous paragraph it suggests that the exclusion of "computer programs as such" from patentability in the European Patent Convention means that only the source code from individual programs is excluded from patentability. Of course, no-one would ever ask or pay for such a patent (since one can get broader protection for free with copyright on the source code), so it only renders this exclusion meaningless. The Council text was:

In this case, Kauppi was allowed to table an oral compromise, but it was not approved.

Compromise amendment 13 from Rocard was approved, which simplifies the original Council text.

This was one of the worst Council articles, and unfortunately did not get amended. It allows for patent monopolies on computer programs on their own, threatening freedom of publication of information (since it also applies to distributing the source code of programs). Even the original Commission proposal did not include these so-called program claims:

This was one of the amendments where the EPP had a free vote, but the compromise amendent nevertheless failed with 12 vs 13.

This is a general principle of patent law and does not change anything. The problem is that "individual elements of software" are, under the Council's proposal and EPO practise, regularly the object of patent claims and therefore, thanks to the article 5(2) on which Lehne insisted, do constitute patent infringments.

This amendment does not make any sense, since claims as described in paragraph 2 (program claims) do not cover the use of programs, but their distribution.

Parts of amendments 148, 149, 150, 151, 152 and 153 were adopted along with an oral compromise by Kauppi, resulting in an amendment which obliges anyone wanting to interoperate to apply for a compulsory license through burdensome proceedings. It also only allows for "RAND" terms, a euphemism for a regime which disallows shareware and open source software, and which is regularly abused by larger players in their competition with smaller ones.

Monitoring by the Commission

Amendments 163, 164, and 168 were adopted (in spite of the fact that their justifications about most patents going to !SMEs go straight against the results of a recently commissioned BSA study) 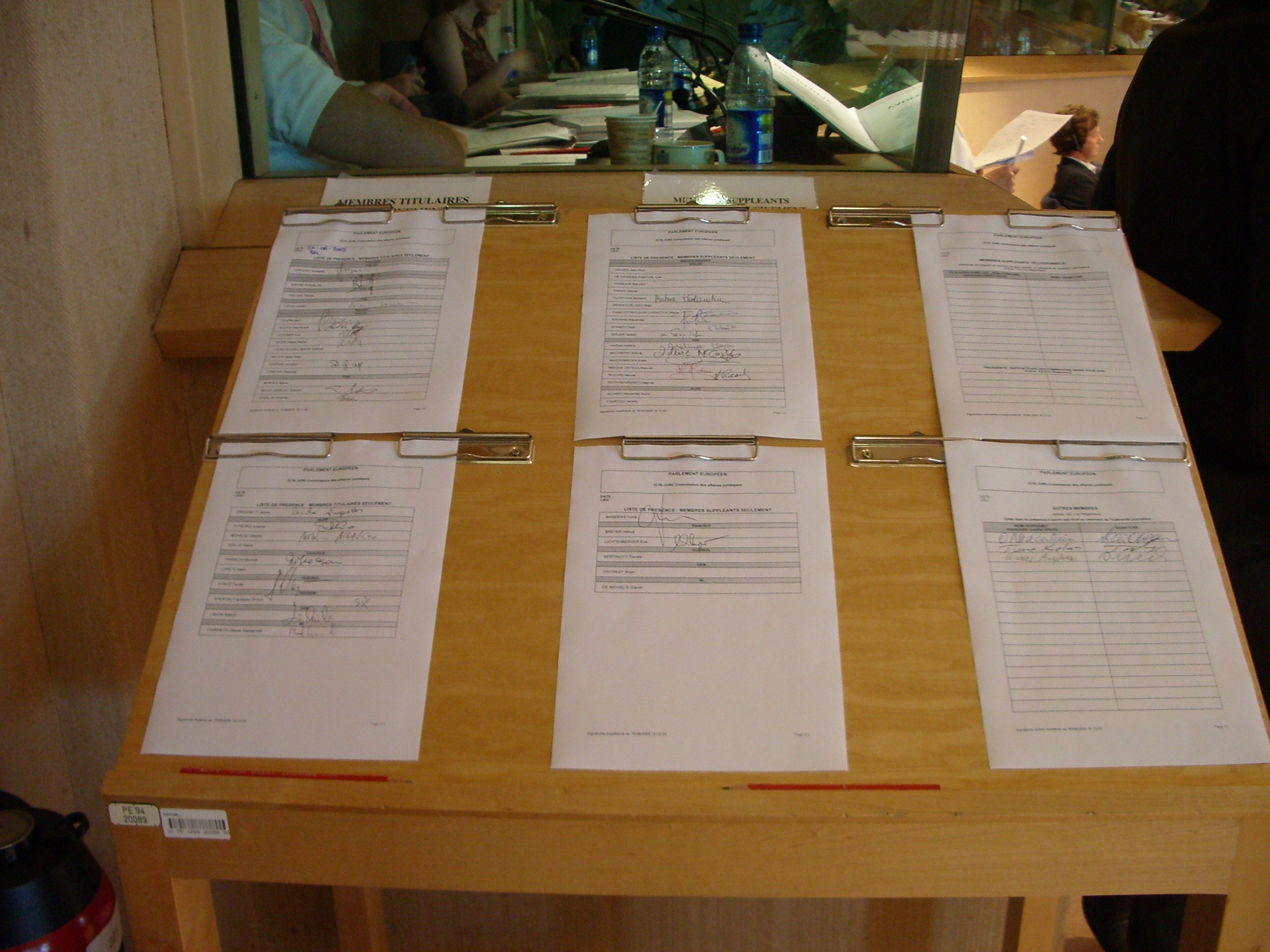 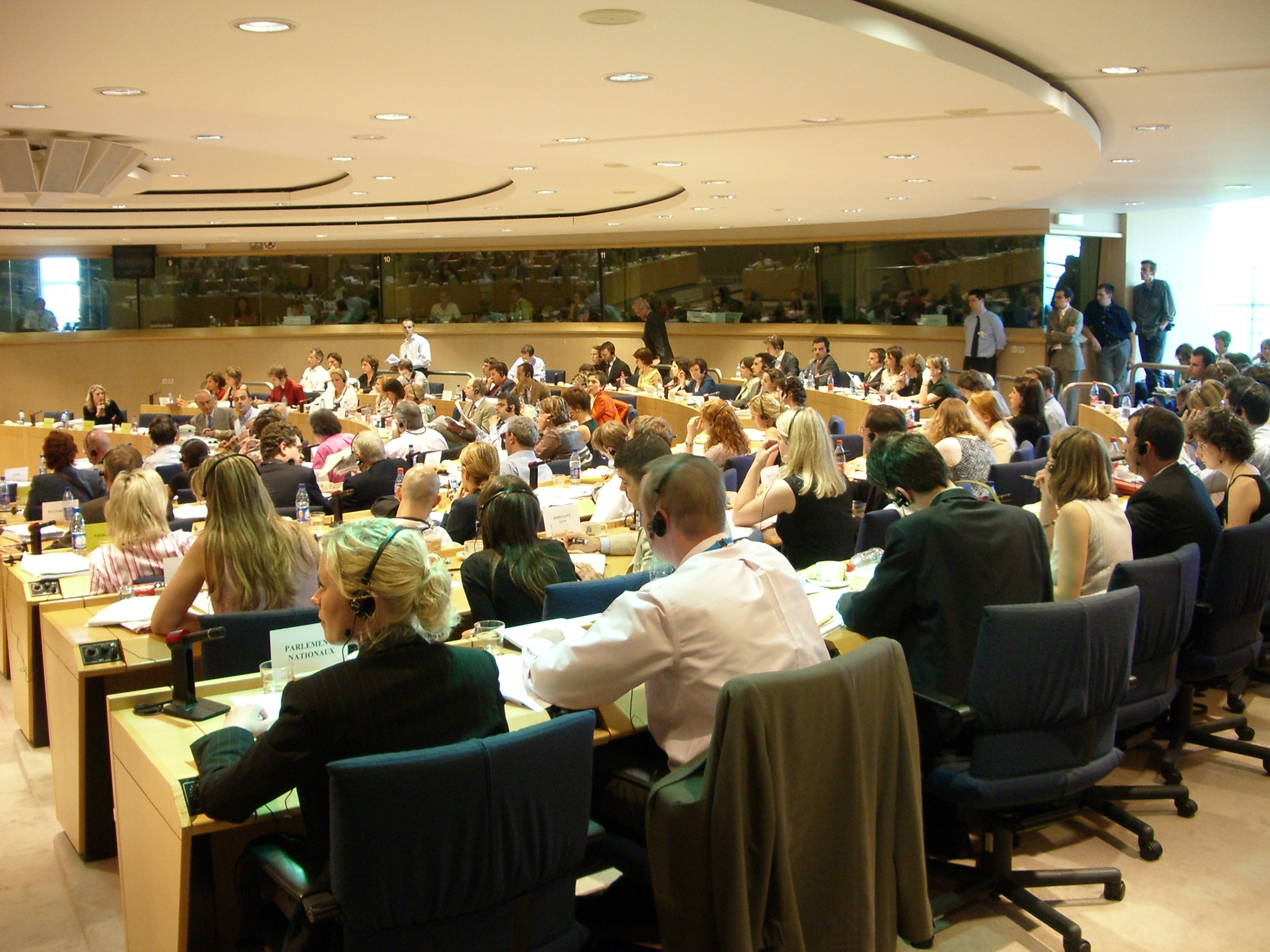 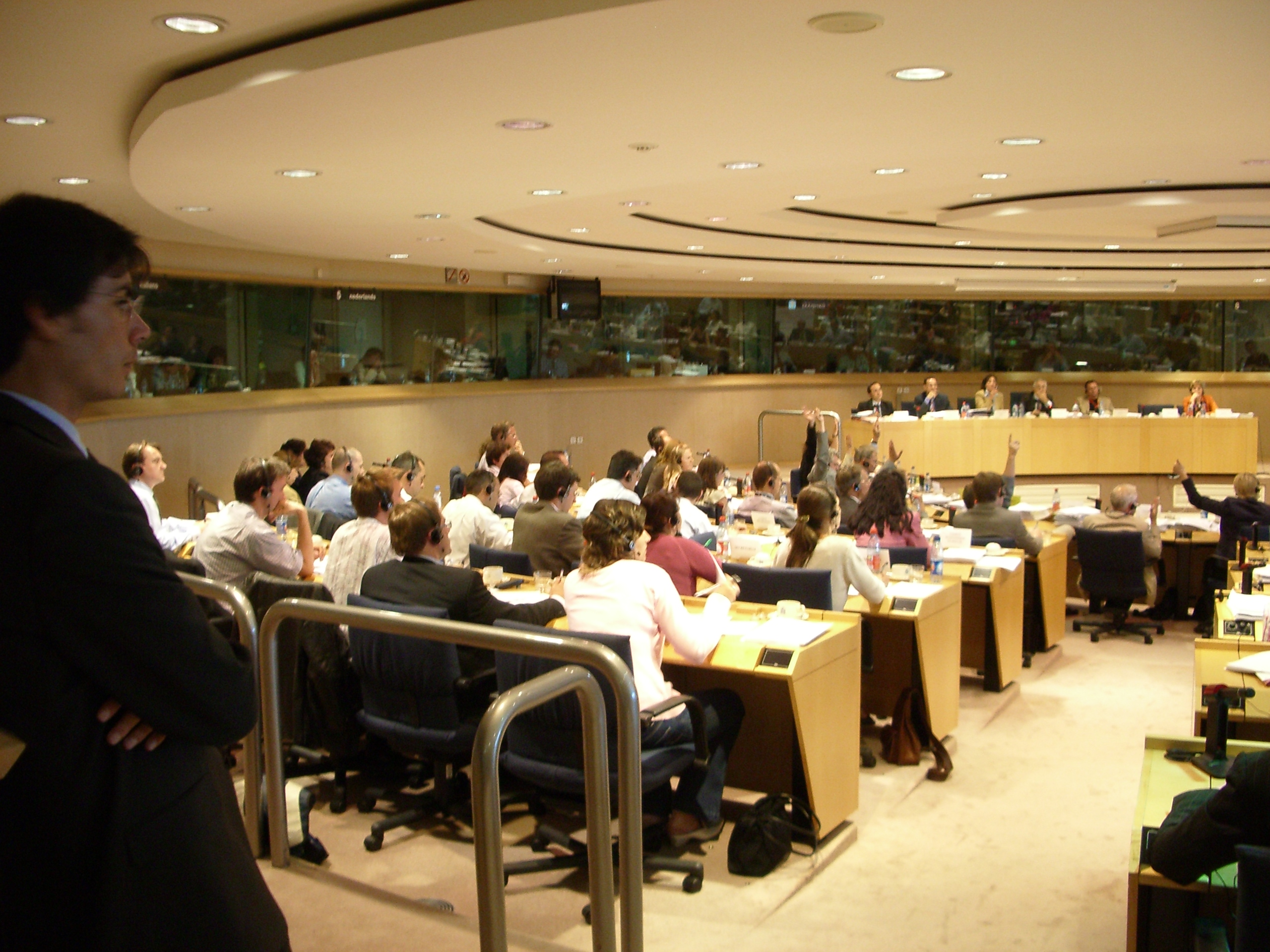